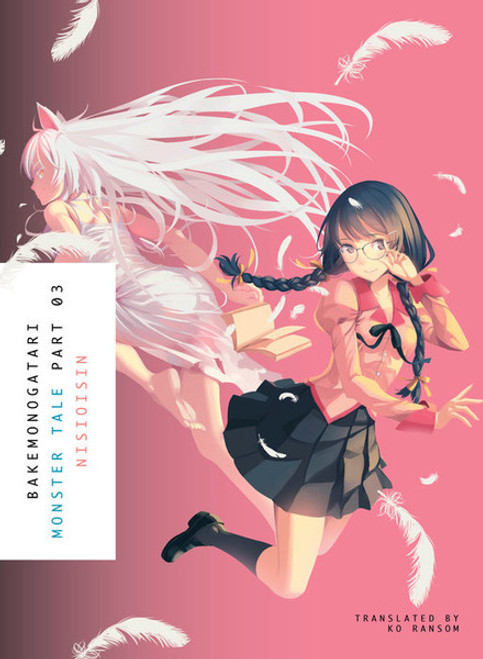 A class president among class presidents, a bespectacled model student who soars to the top of honors lists without fail, Tsubasa Hanekawa also happens to be a decent human being. True, she does have a habit of making single-minded assumptions, but they come from a good place and turn out to be fortuitous as often as not.

Loser extraordinaire Koyomi Araragi owes her his post of class vice president and a more significant debt of gratitude for her unstinting support during the darkest spring break of his life. All of it has blinded him to the possibility that his saintly classmate’s family situation might be no less adverse than that of his other lady friends.

Thus, at last, we face Hanekawa’s unlikely aberration in “Tsubasa Cat”—the concluding part of the legendary novel that captured the sensibilities of a new generation in the aught years and spawned an animated series that has won international popularity and acclaim—before the story continues with a Fake Tale…

No Game No Life Novel Vol. 3