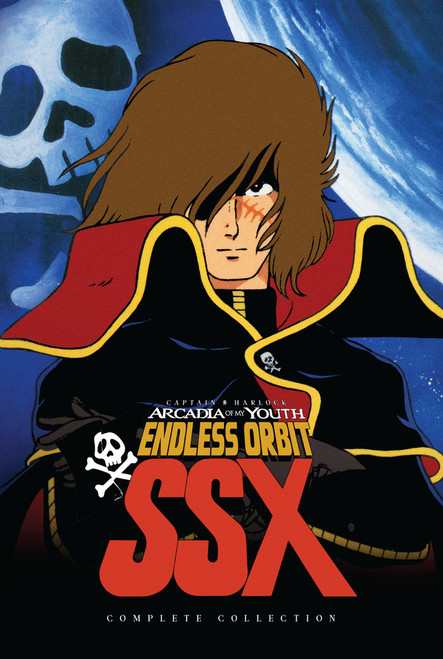 Far into the future, a terrible alien menace named Illumidas has conquered Earth. War hero Captain Harlock and his faithful crew are forced to flee into space on their cutting-edge battleship. As they travel the galaxy fighting injustice, Harlock dreams of some day finding Arcadia, a legendary planet where all humans can be free.

Along his journey, Harlock is joined by more valiant young people who share his dream of a better future for all humankind. But the Illumidas — assisted by a brilliant human engineer, who will betray even his own kind in the name of revenge — will stop at nothing to halt his voyage. Harlock and his allies are declared pirates, under the code name SSX!

This 1982 series from the mind of Leiji Matsumoto acts as a loose prequel to the classic Galaxy Express 999 and Space Pirate Captain Harlock. Reuniting Harlock with old friends while introducing a new and colorful cast, Endless Orbit SSX offers more of the quiet introspection, manly daring-do, and stunningly animated ship-to-ship combat sequences that the Harlock series is known for. Arcadia, take off!