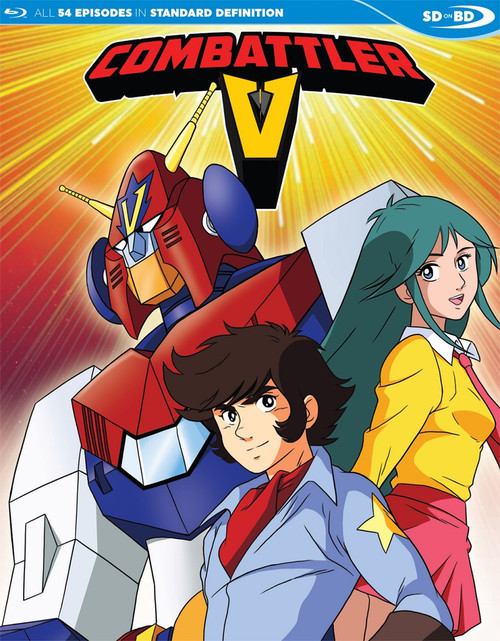 Combattler V contains episodes 1-54 of the anime directed by Tadao Nagahama in standard definition on a blu-ray disc.

Earth is under attack by the ruthless Campbellian army, and humanity's only hope is five plucky youths. Recruited from all corners of Japan, these young heroes each come with their own specialty, as well as their own priorities... but if they want to save the planet, they'll have to set aside their squabbles (and egos) and unite their hearts. It's the only way to form the invincible robot, Combattler V!

The first of Tadao Nagahama's "romantic" robot series, Combattler V changed the super robot game as both the genre's first five-part combiner, and an early examination into the personal factors that lead humanity to war and strife. Combattler V Pioneers the high drama that would characterize the series's later installments, while keeping one foot in the lighthearted fun that defined many of it's animated predecessors. A must-see as part of super robot history!