Ghibli: Nausicaa of the Valley of the Wind (Blu-Ray+DVD) 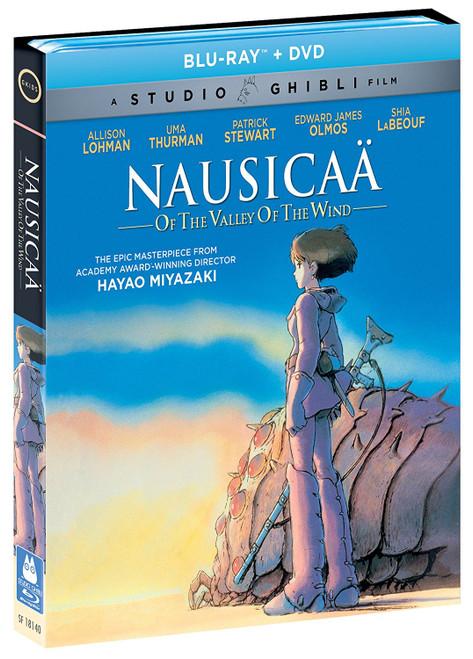 Ghibli: Nausicaa of the Valley of the Wind (Blu-Ray+DVD)

Nausicaa contains a 12-pg Booklet with statements from the Producers and Director along with a more faithful transfer which keeps colors truer to the source material.

In a post-apocalyptic world in the far future, only small pockets of humanity survive. One pocket is the Valley of Wind where a princess named Nausicaä tries to understand, rather than destroy the Toxic Jungle.

Special Features: Feature-Length Storyboards, "Original Theatrical Trailers" (5 trailers and TV spots), Audio Commentary with Hideaki Anno and Katayama, Interview with Toshio Suzuki and Hideaki Anno: "Nausicaa and Evangelion! The Whereabouts of the Giant Warrior?", Behind the Microphone: Join the filmmakers and cast behind the English-dubbed version of the film for an inside look at its creation, Creating Nausicaa.