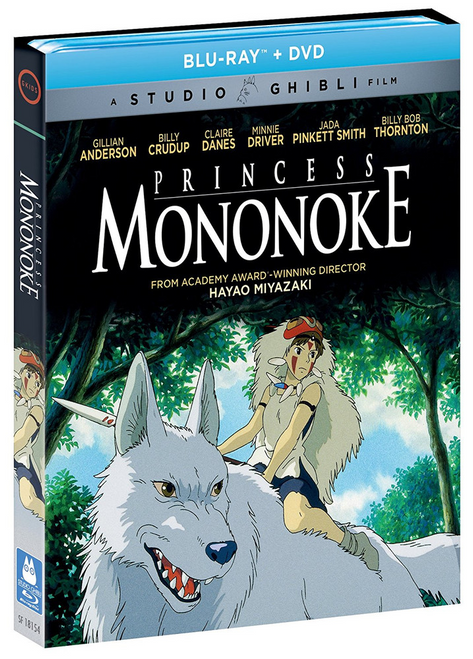 Princess Mononoke includes an 8-page Booklet with Statements from the Producer and Director.

Inflicted with a deadly curse, a young warrior named Ashitaka sets out to the forests of the west in search of the cure that will save his life. Once there, he becomes inextricably entangled in a bitter battle that matches Lady Eboshi and a proud clan of humans against the forest's animal gods... who are led by the brave Princess Mononoke, a young woman raised by wolves.