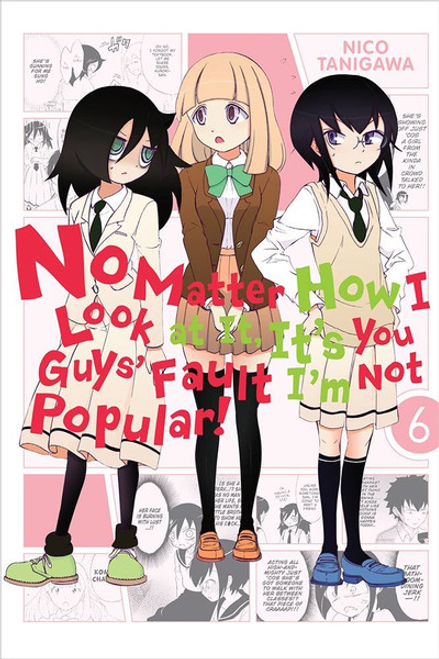 No Matter How I Look At It, It's You Guys' Fault I'm Not Popular Manga Volume 6 features story and art by Nico Tanigawa.

A face from Tomoko's past shows up at her high school... but Tomoko can't remember her middle school classmate Komiyama for the life of her! As if that's not bad enough, Komiyama holds a serious grudge against Tomoko, and there's no way she's gonna just let it go. On the grand stage of high school, these two lonely hearts wage war... on each other!

How NOT to Summon a Demon Lord Vol. 7 (Manga)