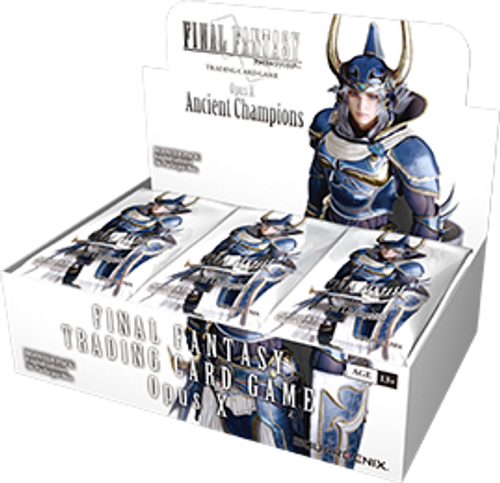 Mighty heroes of myth, horrific daemon lords and revered sages. They are the keepers of balance and the guardians of chaos. Use the inhuman power of these legendary figures to defeat your rivals and reach the top!

Opus 10 features numerous characters whispered of in myth and legend. Experience the power of these epic figures in your games of FFTCG! Opus 10 also sees the introduction of the new key word "Damage", which initiates unique text effects once a player has taken a specified amount of damage. This opens up further tactical options, such as deliberately taking damage or holding off from dealing it in the early game, leading to even more exciting late-game developments than ever seen before.