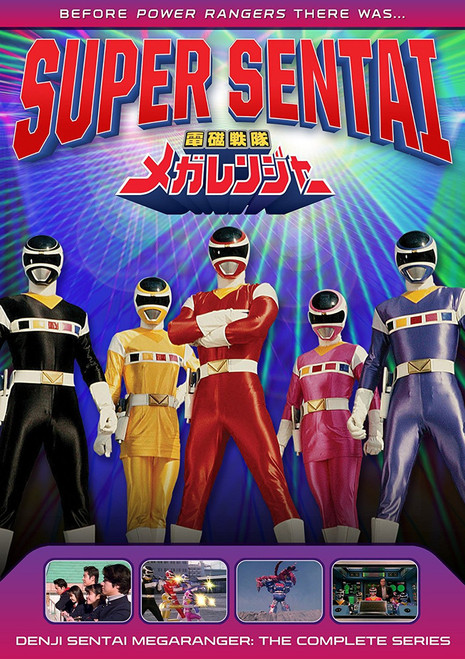 In Power Rangers Super Sentai: Denji Sentai Megaranger The Complete Series, Kenta Date is a normal high school student and the champion of an arcade game known as Megaranger. When he and his friends are invited to the laboratory of the game’s creators, they learn that Megaranger is not only a video game, but is also a combat simulator used to identify potential recruits for a super fighting team. When the lab is attacked by an evil Nejirejia warrior, Kenta and his friends are given devices that allow them to transform into Megarangers. Together, they will have to fight the evil Nejirejia warrior.