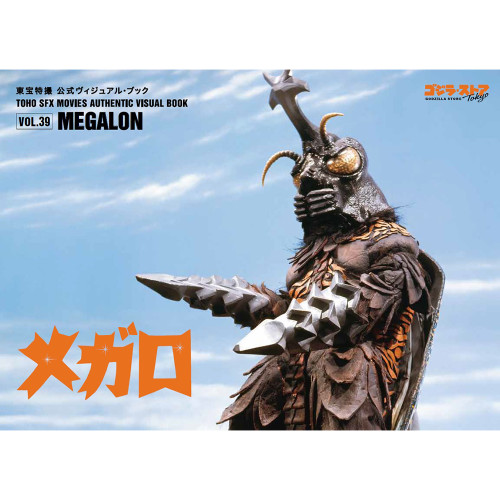 The "Toho Special Effects Official Visual Book" is a series in which the characters (mainly monsters) appearing in the special effects works of Toho movies are limited to one work, one kind, and one book. This book (EX) is a special edition that deals only with super weapons and famous actors who were active in Toho special effects. This issue of "Megaro" is an insect monster that appeared in "Godzilla vs. Megalo" published in 1973. Enjoy the stills and snaps when shooting.

“TOHO SFX MOVIES AUTHENTIC VISUAL BOOK” is a series focused exclusively on one character (mainly one monster) for each issue, appeared in TOHO special effects movies. “EX” is the extra edition which features for the actors or the super weapons. In t his i ssue, ani nsect K aiju(Monster) ”MEGALON” isf ocused w hich appeared in “Godzilla vs. Megalon” (1973). We hope you enjoy the design of Megalon w ith these snapshots, a nd still p ictures p roduced d uring the shooting of the film.