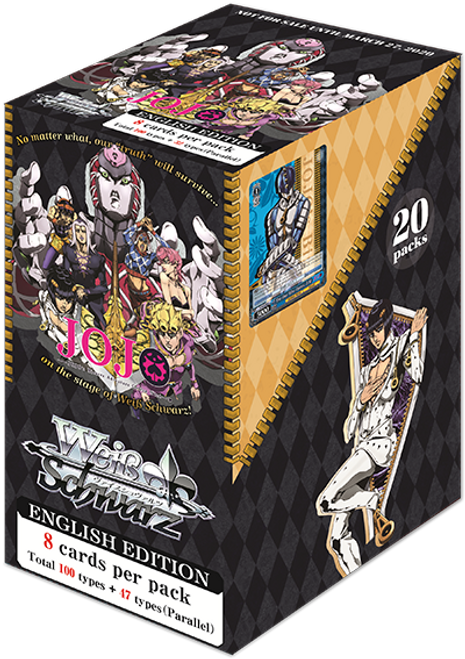 The Booster Pack contains no SR rarity cards, but instead features JJR (JoJo rare) rarity cards of climatic scenes in the anime!

Join Bucciarati and his team as they embark on their journey to take down the boss of Passione and fulfil Giorno Giovanna’s golden dream!

Every deck has a chance to contain a sign card by the voice cast!

The cards in this Booster Pack may be used together with cards which have their card number beginning with 「JJ/」!

Box toppers
1 of 7 exclusive PR cards in every display box!