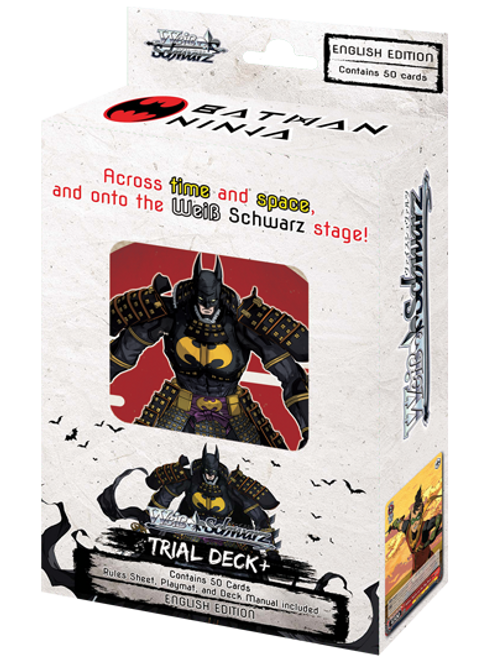 ※Cards in this product may be used in official Japanese Edition tournaments outside of Japan, Korea, China, Hong Kong, and Taiwan.

What…? Where am I? What happened?

Batman finds himself on a new battlefield:
the Weiß Schwarz stage!

Batman and his allies gather to plan a counter-offensive against their opponents!

How will the Bat fare against the characters from other worlds and timelines?
Your skill will decide their fate!

Every deck contains 2 shiny cards! In addition, every deck you purchase has a chance to contain one of the following!

Every deck you purchase has a chance to contain a sign card by the voice cast!!!
Roger Craig Smith (as Batman)

The cards in this Trial Deck+ may be used together with cards with card number beginning with「BNJ/」!