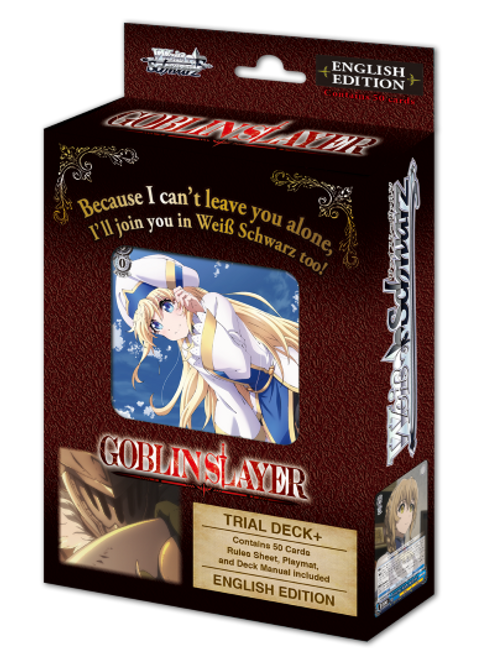 Based on the popular light novel of the same name published by GA Bunko that has sold more than 3 million copies!

This is a dark fantasy story where a stoic protagonist, who hides his face under a helmet, fully utilizes his experiences and knowledge to take down goblin after goblin.

Get ready for Goblin Slayer and his comrades on the stage of Weiß Schwarz!

SIGN CARDS
Every deck you purchase has a chance to contain a sign card by the voice cast!

PARALLEL CARDS
Parallel cards are randomly sealed into decks!
Every deck contains 2 shiny cards!
In addition, every deck you purchase has a chance to contain one of the following:

The cards in this Trial Deck+ may be used together with cards with card number beginning with 「GBS/」!