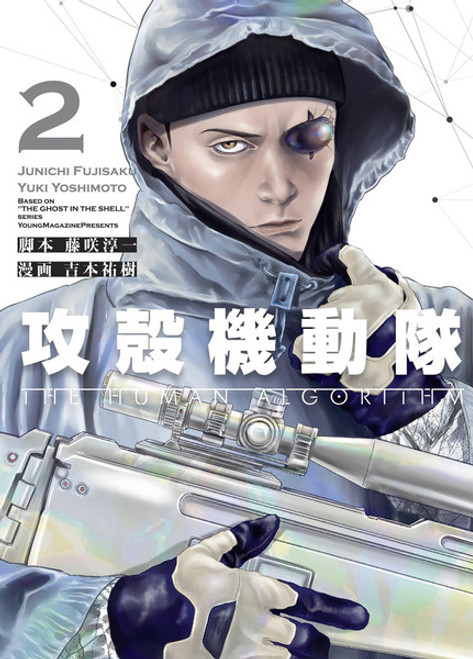 Summary:
The Ghost in the Shell: The Human Algorithm manga volume 2 features story by Junichi Fujisaku with art by Yuki Yoshimoto and is based on the work of Masamune Shirow.
After hearing that the body of the presumed missing Major Kusanagi has turned up under mysterious circumstances, Section 9’s Togusa and Tsunagi take to the north to continue the search for answers. However, when their investigation into the involvement of the cultish Aterui community turns violent, the operation goes south fast as Tsunagi is taken by the shadowy and dangerous “White Bear.” Meanwhile, down south, Batou and Ishikawa end up in some hot water of their own with the Triads and their apparent involvement in the corrupt dealings of Osaki Heavy Industries…