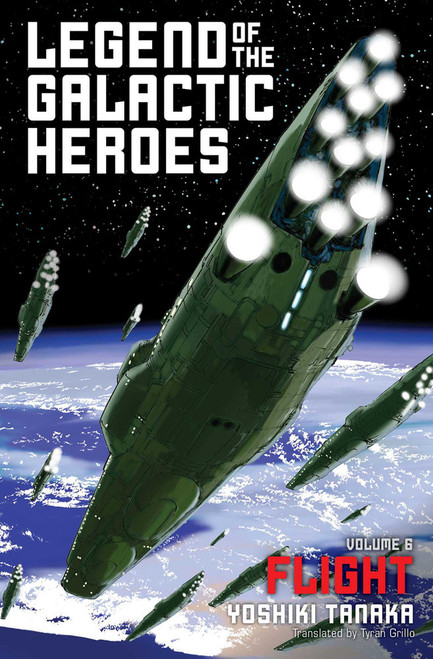 After donning the emperor’s crown, Reinhard becomes aware of an assassination plot against him. Knowing that the Church of Terra has its scheming hands in all places, he deploys his troops to the church’s sacred homeland of Terra. Meanwhile, Yang’s leisurely retirement is tempered by the surveillance networks from both sides watching his every move. And when he is one day visited by a group of men dressed in black, the galaxy, too, relinquishes peace to become embroiled in upheaval once again.

The Devil is a Part-Timer Vol. 6 (Novel)

The Vampire and His Pleasant Companions Vol. 4 (Manga)

We Swore to Meet in the Next Life and That's When Things Got Weird! Vol. 3 (Manga)