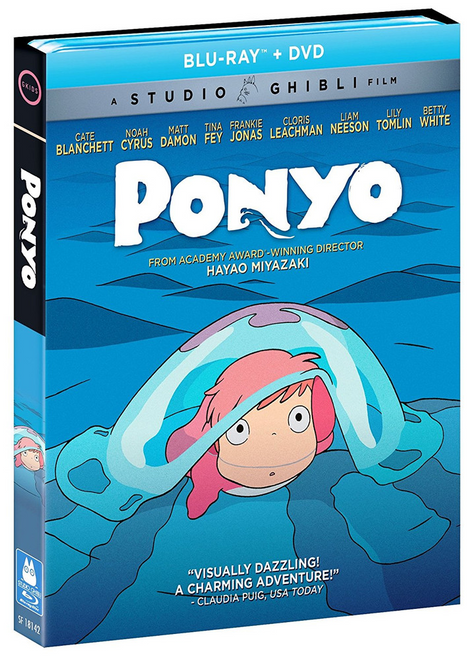 Ponyo includes an 8-page Booklet with statements from the Director and Producer and lyrics.

A young boy named Sosuke rescues a goldfish named Ponyo, and they embark on a fantastic journey of friendship and discovery before Ponyo’s father, a powerful sorcerer, forces her to return to her home in the sea. But Ponyo’s desire to be human upsets the delicate balance of nature and triggers a gigantic storm. Only Ponyo’s mother, a beautiful sea goddess, can restore nature’s balance and make Ponyo’s dreams come true.