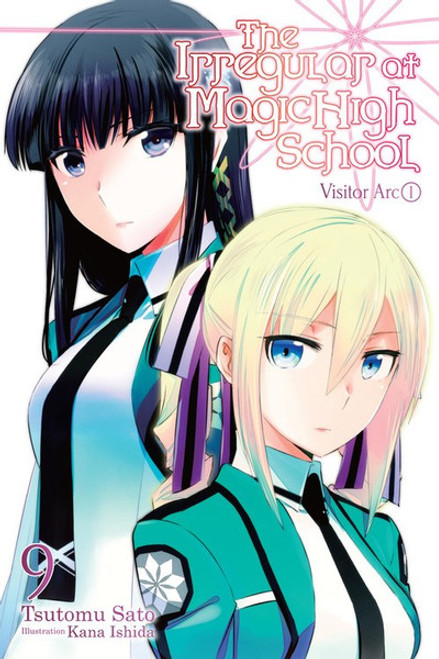 The Irregular at Magic High School Novel Volume 9 is written by Tsutomu Satou with illustrations by Kana Ishida.

Miyuki's classmate Shizuku Kitayama is on her way to study abroad. For magicians, this is normally impossible, since allowing the genes of someone who can use magic outside their home country's borders is tantamount to giving up national secrets. But it's allowed to happen in one case-exchange programs. And that's how Angelina has arrived in Japan from the USNA to study at First High. But it seems she's a part of something much bigger than a simple cultural exchange!