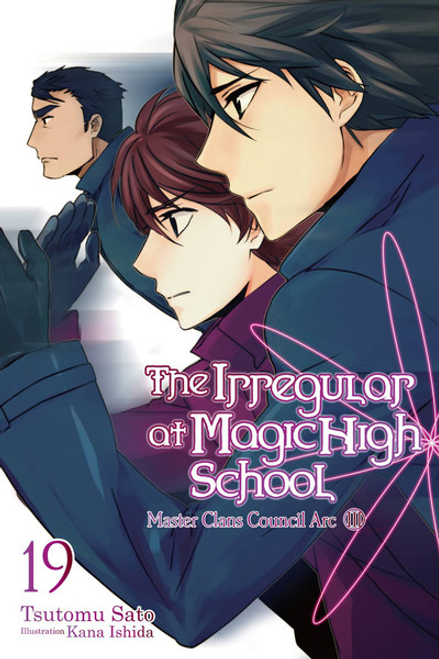 The Irregular at Magic High School Novel Volume 19 is written by Tsutomu Satou with illustrations by Kana Ishida.

Gu Jie, a magician who orchestrated a sinister suicide bombing by manipulating corpses to do his bidding, has gone into hiding somewhere in Japan. As public outcry against magicians builds and humanist forces gain momentum, the Ten Master Clans task Tatsuya, Katsuto, Mayumi, and Masaki to determine the whereabouts of the mastermind behind the bombings. But when Major Benjamin Canopus, the second in command of the most powerful magic unit in the United States, starts gunning for Gu Jie as well, Tatsuya grows inexplicably enraged!